🌟 Since there is nothing specific for Thursdays on my list, I decided to do a discussion post. And today is all about book characters! 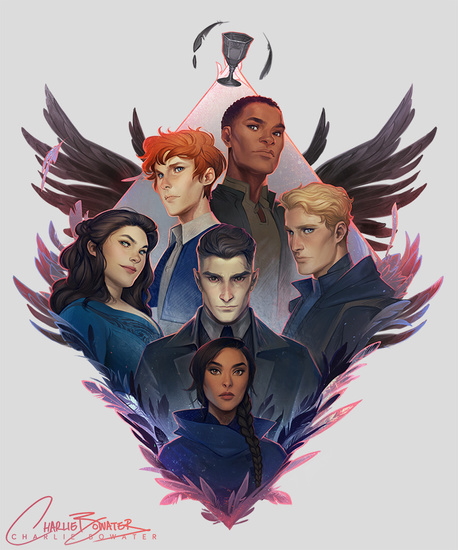 🌟 Characters are one of the most important thing in a story and there are many different challenges when it comes to writing them, for example: making them 3D, giving them distinct voices and relatable. Diversity should be included too which is a bigger challenge even.

🌟 If a book has flat characters, then that probably means I will not like it whatever the other story elements are. There are character-driven books which shows how the characters are once again so important to the story. ٩◔‿◔۶ 🌟 But the important question is how much should we expect from characters in books?
I mean, some readers don’t want to continue a series because a character did something stupid or is arrogant or whatever. I know that there is a very thin line between realistic and annoying characters. Let me explain more; I like characters to be realistic and if you look at people around us, whether in real life, on YouTube, from other people stories you will know that no one is perfect. We all have our flows, yet some book characters seems too perfect and we like them, I know like flawed characters more because they are definitely more relatable. (ﾉ◕ヮ◕)ﾉ*:･ﾟ✧

🌟 I don’t mean that I want to read about stupid characters all the time, if a character is so trusting to people around them, then they are tricked, not once, not twice but more, then that character is definitely stupid and will make me angry. But if they are tricked once because they were so naive for example, then that’s OK. I hope that you can understand my POV here. 🌟 Another thing that I am conflicted about is Diversity, I think it is a must that books need to have diverse characters. I like that this year was so supportive for the LGBT community. But I think authors now are under pressure to write this kind of characters even if they don’t know how. I see some readers are angry because a book or a series doesn’t have LGBT characters. If an author is not good at writing such characters then I think it is better not to include them than to do so just for the sake of doing so and then they are mediocre and not good and I have seen that lately because authors want to go with the flow. After all, they want to sell their books and get paid!! 🌟 These are some of the thoughts I have been having lately and it feels good to write them down. I hope that you get where I am coming from and this may be a bit controversial but I don’t mean to hurt anyone’s feelings.