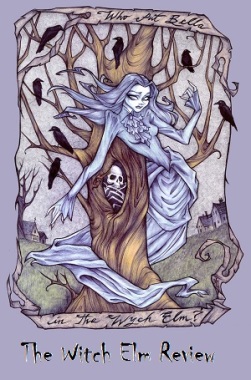 “These are doctors. I don’t know what kind of social‑ justice‑warrior shite you’ve been reading, but their job is to make people better, if they can. Which sometimes they can’t. That doesn’t mean they’re evil villains rubbing their hands and looking for ways to fuck up people’s lives.”

🌟 Have you ever watched a TV series or a film and you knew from the start it is not just for you, but it was interesting enough to make you watch a bit more and then more and then you were invested enough to continue the whole thing only to regret the whole process at the end. Well, those were my feelings toward this book!

🌟 I am as disappointed now as I was excited now when I was approved for this ARC-which is quite a lot- I wanted to read something by Tana French for ages now and I wanted a standalone rather than her Dublin Murder squad series. I thought everything was going to be perfect until I started reading this…

🌟 I started this after finishing 3 books in 3 days and I was so excited, I started it while I was a bit tired and got bored so I blamed myself, took a break from reading and started it once again from the beginning the next day, it was a bit better but still I knew I won’t like it.

🌟 So enough ranting and let me explain why I didn’t enjoy this; The writing was sybaritic and voluptuous (who uses these words??). The writing was from 1st person POV and the main character used lavish words that I have never heard from anyone IRL. If it had been a 3rd person POV, then it would have been the author using this language and it would have made much more sense. People in real life don’t talk the way this was written! Also the words Xanax and Bollocks were used every couple of pages and I could not un-notice them then which became annoying!

🌟 Also it is supposed to be a thriller and I only started to get hooked after 30% of the book. See this quote:

“Baby, it’s not Agatha Christie. I’m not going to get stabbed in the li‑ brary with a letter opener for getting too close to the truth.”

Boy, I wish it was an Agatha Christie book, Agatha would have almost a whole book in the 30% that it took me to get involved in this. This was so descriptive and slow, that it felt like a 600-700 pages rather than 464 pages.

🌟 There was much time spent on characters development and backstories. Unfortunately many details can be omitted and it would have been the same. I wasn’t fond of any character but I just powered through this as I don’t like to DNF ARCs.

🌟 By the end of the book, many things happened and one thing took me by surprise. I sadly have lost interest by that time and just wanted to finish. I ended up giving it 2 stars out of 5!

🌟 Summary: This book had a good idea and it can be surprising but I think it had bad execution. It could have been faster, simpler and with more relatable characters. I saw many reviews that said this was not as good as her Dublin Murder squad which is a good news for those -including me- who still want to give Tana a chance.

🌟 Prescription: For those who are patient and can tolerate slow-paced books.