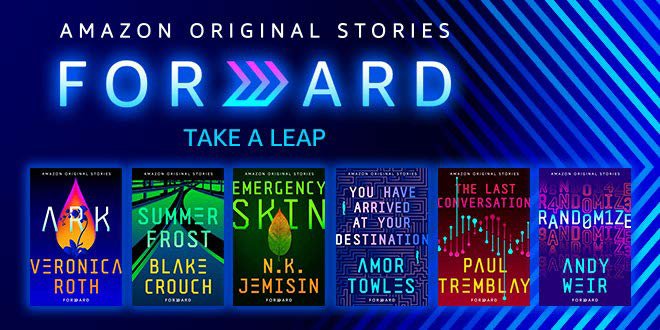 🌟 I am going to review each book alone along with its rating, I am not going to give a review for the whole collection as there is no entry now collecting them all on GR. Without further ado, here are the reviews:

★ I have never read anything by Veronica before and I always had a gut feeling that I would not enjoy her book and it looks like I was right!

★ It was not like the worst book that I ever read and that’s why it is not a 1 star. But I did not feel a single thing, I did not care about the characters and by next week, it would be deleted from my brain!

★ I don’t know what was the point of the story, it may sound appealing for someone who is a botanist and have an interest in horticulture but other than that, it was a disappointing read! I hope the rest of the collection is better!

★ This was the second novella I read from the collection and I was so excited about it because I have heard great things about the author and always wanted to try her works and this seemed like a good chance to get a glimpse!

★ The novella uses the second person POV which worked well for the story and for a story so short, it could discuss major themes quickly and in a funny way. I did not expect to get all of that in 30 pages.

★ I think there is no point in talking much about this one because it is better just to go and read it! I am sure I will read the author’s books soon though!

★ This was a little bit tough to get into but I really liked the idea behind it!

★ Maybe because I am a doctor and I am interested in genetic engineering although what it imagined can be a little too far fetched! But this may be the story that made me think most and it provides ethical and philosophical problems that are worth pondering!

★ I did not know the author before reading this one, but I may check his other works because I really liked this one. The ending was a bit shaky though!

★ I like this one but it felt so clinical, cold and geeky!

★ I can understand many readers not liking this one because it was smart, too smart maybe! I think it should have been a bit longer with focus on the characters but the author was geeking out over numbers and quantum physics!

★ If I was a professor and wanted my students to understand probabilities and quantum physics, I would use this one! Worth giving a chance anyway!

★ Let me be honest, Blake Crouch was the main reason I read this collection of stories! When I saw that he had a short story in this collection and it was the longest one, I had to get it.

★ This short story captures Crouch’s specialty, crazy sci-fi story that are thought provoking and are scary because how realistic they are!!

★ I am not saying much about those short stories because I do not want to spoil anything, this story tackles the subject of AI and how it could develop into a dangerous thing. If you are interested in this subject then this is a great story 😀

★ I am on the fence about this one! I did not know the author prior to reading this one, I am not a fan of horror so I probably would have never have been exposed to his works.

★ That of course, does not mean that I wanted to dislike this or skip it, I wanted to like it but the author kept it very vague and the scientist kept saying maybe and you will understand later and I can’t tell much. And since this is written in 2nd person POV, it felt like she was talking to us as readers!

★ For a story of 50 pages, it should not have been so confusing! I understood what was he trying to do at the end. I understood the story too but I think the way it was written did more damage than good. Still delivered a chilling ending but I would have done things differently.

🎉 $15 USD INTERNATIONAL GIVEAWAY 🎉
“There’s no freedom quite like the freedom of being constantly underestimated.”
“That's what being free means - not the right to do whatever you want, but the right to take a stand and say what you'll die for.”
“Perhaps one did not want to be loved so much as to be understood.”
“And maybe that was how it was supposed to be…Joy and sadness were part of the package; the trick, perhaps,was to let yourself feel all of it, but to hold on to the joy just a little more tightly…”
“Human knowledge is never contained in one person. It grows from the relationships we create between each other and the world, and still it is never complete.”
“It will be a dark day, a bloody day, a proud day, for this is the day of our wrath.”
“Two for vengeance. One for love.”
'All men feel fear,’ Corban said. ‘Gar told me that. It’s what you do about it – stand or run, fight or give up – that’s what makes you a coward or hero. Without fear there is no courage.’