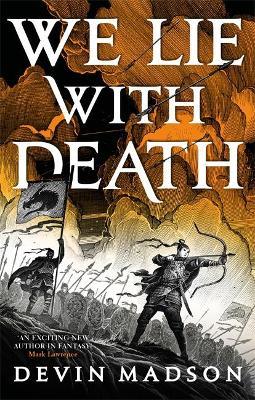 Finished copy provided by the publisher in exchange of an honest review!

I need to start this review by explaining a few things about why you should take it with a pinch of salt: I read the first book last year in June, I was planning to read this one sooner when it was released but I wasn’t in the mood for the second book and I wanted to give it a fair chance so I kept putting the reading off till this month. In addition to that I should make it clear that I wasn’t in the best place mentally when I read this one which may have affected my enjoyment of it. That being said, I tried picking up another book and I did not have the same problem with it so I know for sure, part of the problem was from the book itself.

I tried to look for summaries online but wasn’t very successful, I am not generally a re-reader and that’s why I think recaps are such life-savers for both authors and their readers. This book had a “The Story so far” section at the beginning which made me excited but not for long because it was only a page and a half long and didn’t really help me remember the story well. I think book one was complex enough to deserve a longer summary!

Now the story is written from multiple POVs as in book 1 but this time we have 3 instead of 4. I think the POVS were more balanced in the first book and here, I found myself mostly interested in Cassandra’s POV and less so in the other point of views. I think the prose is still very good and the main reason which made me push through this novel.

The characters are okay, But I did not want okay, I wanted more and I never got that. I am pretty sure I would have enjoyed it more if I read it closer to book 1 but it is too late for that now! There is also a characters glossary at the beginning which was a wonderful thing and I don’t think I would have understood anything without it. I don’t remember the characters well from book 1 but I remember I enjoyed them more in that book.

The world-building is still not extensive but I do love the traditions, the different cultures and the reincarnation thing explained in this book. I think the magic system is one of the things that improved in this book!

The pacing was slow, and I did not feel that much was happening, there was a lot of traveling and a lot of running around which made me feel bored for a good portion of the book. I believe it should not have been that long!

Summary: Unfortunately, I expected more of the book but to be fair I relied on the recap provided at the beginning and it was not enough. (I read more than +100 books in between the two books so most of the details just evaporated from my head) The prose is still great but I wanted more from the plot and the characters. I don’t know what will I do with the rest of the series, I may wait till all the book are published and then read it from the beginning once again. I don’t have a decision yet but I am gonna wait and see!