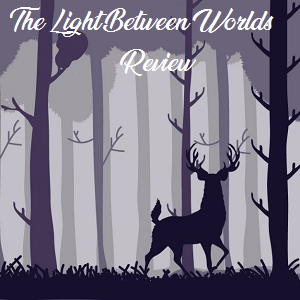 🌟 The moment I set my eyes on this cover I knew I was going to read this book. It has one of the best covers ever. I wanted the inside to match the outside, well it happened but to a certain degree.

🌟 Let’s just say that the first thing that caught my attention was the writing style, Laura is a very good writer and for those who like poetical writing then this book is for you, it literally even had many verses of poem. The prose flowed easily which made this quite fast to read despite it being a bit heavy kind of book.

🌟 The Edelweiss page says that this book genre is Young Adult Fiction / Fantasy / Wizards & Witches, but I actually disagree. I thought it was going to be like that which makes you think it will be action packed with wars and tactics and stuff but nope! I can’t find one genre to put this into as it was a mix of Magic realism/ fantasy/ contemporary and historical fiction. So think of this more as a quiet book rather than a fast action packed one.

🌟 This was also a bit confusing at first because it jumps between the real world and the Woodsland world. between past and present and between Evelyn and Philippa. But after a few chapters I got the hang of things and that wasn’t really a problem.

🌟 I saw mixed reviews about this when comparing it to Narnia, some said that is a must for fans of Narnia and some said that it is a big No for those fans. I say try it and have your own opinion. I never watched Narnia (I know!!) so I can’t judge but there are similarities as jumping into a different world where time flows different form our world. So the characters grow in Woodlands for a few years and then they go back to the real world as young children. I found this idea a cool one and so if you like it give this a chance.

🌟 It is also more of a character driven book that deals with families, wars and sisterhood. I expected it to be like HP kind of book with more magic and creatures and adventures and that never happened. That actually affected my rating.

“If it’s your heart that fails you, we’ll teach your hands what to do. Then they will act before your heart can stop them”

🌟 I don’t know what else to say without spoilers so I am keeping it shorter than usual. I ended up giving this 3.5 out of 5 stars.

Prescription: For those who are curious about Narnia, about what happens when two world collides. About being  physically in a place but your heart and soul are in another world.