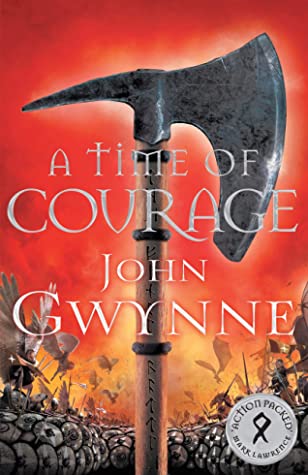 “We are just people, all of us the same. Flawed, fragile, stubborn, angry, happy. And life treats no one differently. We are born, and we live, and then we die. It’s what we do while we are here that counts. And if we can be called friend, then we are lucky indeed.”

Literally all my friends gave this 5 friends aside from a friend who gave it a 4. I feel by giving it 4 stars I am doing something blasphemous so this is a disclaimer that 4 stars is still a very good rating. I also am not saying the first two books were better. I feel the whole series has been on the same level which stands somewhere between 4-4.5 stars for me. I usually don’t have to think very hard if a book deserves 5 stars like most of the books were in the original quartet and I think this series was close to that.

The story takes place after the final events and war of book 2 and I don’t wanna spoil that ending but it means there was a huge final war taking place in this book. In fact, most of this book was war and action scenes which is cool but personally I thought I needed to breath a bit, to connect the characters more -Which was the case in TFATF series- so that their actions impact me more. There were some parts of this book where I unfortunately did not feel that.

The writing is great as usual, Gwynne is one of the authors that writes beautifully and atmospherically. I was reading an Abercrombie books at the same time and the contrast between the vibes I was getting was as big as it can be. Gwynne’s books usually have that darkness but there is always light at the end of the tunnel, there is hope and I like the way relations are written. Gwynne even sometimes makes death sounds welcome because it will lead to something new and better!

I think I also liked the Sirak/ Cheren story less than I wanted to and I am still not sure of what I feel about how it ended. But the rest of the plots were handled well.

Summary: I don’t have much to say about the book. I liked it and I think it was excellent save for a few details that I think could have been done better given how much I enjoyed TFATF series. In fact, I think I kept comparing the 2 series in my mind which is not good and not fair but I just couldn’t help it. It is the end of my journey in The Banished Lands and it was a great one. I am so excited for the next series which I already have an ARC of and will read very soon!